Spiritual Secrets to Successful Money Management - Part 2 of 7: Serve Others 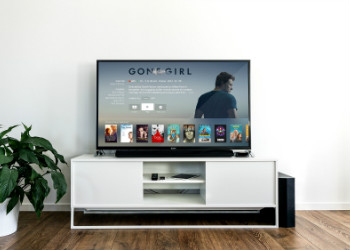 Three years ago I was in Kathmandu, the capital of Nepal, with my son Timothy, and we were walking in the intersection of three, small streets when we noticed a large, broken brick on the road. I stooped down, grabbed the brick, and flung it into the nearby bushes. Timothy asked, “Dad, why did you do that?” Surprised, I explained that the stone was clearly a traffic hazard, and it only took a few seconds to clear away. He replied that in a Hindu country dirty, menial tasks are left for the lowest cast, or viewed as karma from the gods for some unsuspecting cyclist. But I had been trained by my parents to be a blessing to others. Sadly, many individuals and nations have significant financial trouble simply because they don’t apply this second secret. They don’t work to serve others.

At age 14 I was not paid for cutting my family’s lawn, but if I cut my neighbour’s lawn—wow; I got money. Service to others brings blessing, but this blessing may or may not be quantifiable (such as money). Our work ethic is fading fast in Canada as we become a nation of handouts rather than opportunity. The Bible says it many times: “In all labour there is profit. Lazy people want much but get little, but those who work hard will prosper. Lazy people don’t even cook the game they catch, but the diligent make use of everything they find.” I know of a highly-skilled engineer who was earning almost $300,000 five years ago in a large oil and gas company, but is now installing doors, while some of his family are delivering flyers. You bet it’s humbling. That’s my point. Serving others is seldom, if ever, convenient. The first step out of poverty is to step out of bed. There are more biblical warnings against too much sleep than too little sleep.

Personally, I have found that my work ethic is sadly lacking; i.e. when I look at the Scriptures rather than at social norms. My parents left Poland when it was a socialist, communist country to come to Canada, a land of opportunity and freedom. Now Poland is promoting free enterprise and Canada is drifting (or should I say being driven?) toward socialism. We are growing accustomed to having the government solve all our problems. Big G government promotes big B bureaucracy and feeds on big T taxation. This chokes the entrepreneurial work ethic. Who wants to get out of bed and work when you can’t even keep the fruit of your labour? It gets worse.

The Washington Post recently reviewed work of author Nicholas Eberstadt, “Men Without Work: America’s Invisible Crisis.” He calls it America’s quiet catastrophe. I believe his work is very insightful, as he notes that the work rate for adult men has plunged 13 percentage points in the last half century. Furthermore, “the collapse of work for modern American’s men happened despite considerable upgrade in educational attainment.” He speaks of the “social emasculation of millions of idle of men.” These “voluntary idle” tend to watch more television than those who are unemployed and seeking work.

Whew! I have vented, but not offered any hope. What can be done, regardless of our current state? We must remember that the great truths are too important to be new. Take a look at the following Characters to discover the classic solutions to ancient problems.