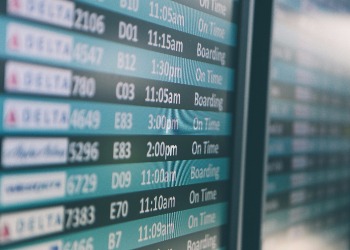 This is our sixth lesson in improving personal productivity based on a study of Genesis chapter one.

On day four, God fragmented light like he separated land from the sea. God made the luminaries primarily for universal time-keeping. The lesson for this month is about time management and scheduling. God replaced a blanket of diffused light with a sky full of light-bearing bodies, including a sun and moon to regulate time on earth. My engineer brother often says, “You cannot manage what you do not measure.” The position of the sun is used to delineate hours of the day and days of the year. Sundials were the first clocks. The month (which derives its name from “moon”) was used to measure lunar months for most of earth’s history. Furthermore the phases of a moon were used to sub-divide the months. Everyone on the planet can watch the sun and moon. Mothers around the world use them as clocks for their children. But notice this: Celestial bodies delineate days, months and years. What about the week? Where in heaven’s name did the seven-day week arise? It doesn’t come from the sky above, but from God’s word below, which we can hold with our hands. Simply put: The week validates the Bible’s account of creation.

Clearly, the objects in the sky were made for “signs and seasons.” The “seasons” functionality is easy to understand, but what about the “signs?” Is astrology biblical? The brilliant astronomer, Johannes Kepler, helped dispel astrology and horoscopes—or as I prefer to call them: “horrible scopes.” Kepler called astrology the illegitimate daughter of astronomy. Horoscopes promote fatalism, not the love of God. We get guidance from the Bible and the Holy Spirit. We don’t pray to or worship the celestial objects; we worship their Creator.

But I must admit that the creation of the heavenly bodies on day four is puzzling from many perspectives. It seems impossible that plants could have existed before the sun. On the other hand, we all know of green plants that live under artificial light. God had another light source before he used the sun. Then there’s the question of distance. Books, such as Starlight and Time, by Dr. D. Russell Humphreys, try to reconcile God’s quick creation of the sun and stars with the vast distances in space. It’s controversial. I like to think of the heavens as being flexible, like a piece of rope. The ends can be far or near, depending how the rope is bent. That’s how I understand the expression God “bows the heavens.” Bending distance makes me think of Star Trek and “warp” speed.

Theories on cosmology change constantly. I don’t know how God made light before He made the sun. Until recently I did not know of the living creatures many kilometers below the surface of the ocean that never see the sun. Science changes, but reality is reality. In the book of Revelation we read how God will do away with the sun and moon. The LORD himself will be the light. Of course this is supernatural. I don’t understand it. There are many things I don’t understand, but still enjoy. The personal productivity lesson from day four is this: Learn to work using schedules. God wants us to regulate our time, since—for us—time is limited. How do we use our brief time on earth? Psalm 90:12 puts it best: “Teach us to number our days that we may gain a heart of wisdom,” NIV. Intelligence is inborn, but wisdom must be gained by making deliberate choices.

Take a look at: What should you buy first?

How to Work Better — Part 1 of 9: Spirit-Led Planning