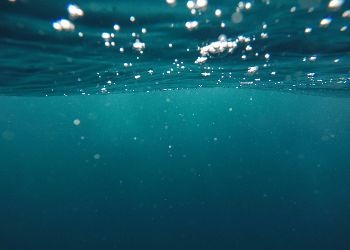 Much of this passage I don’t understand, but I do know that day two is the only day during which God did not see anything good. Compare it to all other days and you will notice that the expression, “and God saw that it was good,” is absent. On day two, God did more separation and more labelling, but there was no visible progress. That does not mean there is no progress. The expanse God made on day two is also described as firmament (KJV) and space (NLT). Some scholars believe it refers to the atmosphere. The Hebrew word connotes a hammering-out or stretching. I think of it as distance, range, and span. Sometimes there is no visible progress to our work, but the invisible aspects are still very important. There is more to the building process than meets the eye.

Note the correlation between days one to three and four to six in the table below. There are two progressive phases:

God is a God of order—not confusion or randomness. The purposes behind God’s ways are often not clear to us, but they are certainly NOT haphazard or mindless.

The part of this passage I understand the least is the separation of the waters above from the waters below. Some scientists once believed that there was a water canopy surrounding the earth before Noah’s flood. Of course we cannot know for sure, but we are told that the hydrosphere was different before the Flood since there was no rain. Suddenly, and simultaneously, the downpour deluge hit and the underground water reservoirs burst. All living land creatures died except those in the survival capsule. But that’s all a myth isn’t it? No! More and more scientific information is coming to light to support an enormous global catastrophe in earth’s not-so-distant past.

In the spring of 1980 I was on a plane flying to San Francisco from Calgary, and we flew over the recent eruption of Mount Saint Helen. It killed 57 people directly, and reduced hundreds of square miles into wasteland. The explosion had devastated the landscape as the energy (equivalent to 400 million tons of TNT; approximately 33,000 Hiroshima-size atomic bombs) was unleashed on this once beautiful landscape—now looking as barren as the surface of the moon.

From the plane I saw the smoke billowing below just a few days after the quake. The massive amounts of super-heated water formed what is now called a mini Grand Canyon in a matter of days, perhaps hours. This canyon has layers of sedimentary rock very similar to the Grand Canyon. Rather than taking vast amounts of time with small amounts of matter (a trickle of water) and energy, the events of Mount Saint Helen prove that small amounts of time, but with vast amounts of matter (a super-heated mud slurry) and energy can produce similar results. I believe Mount Saint Helen shows a micro scale what happened in the days of Noah on a macro global scale.

Of course some are closed minded. They won’t even entertain such a possibility. God would never cause climate change. Climate change is all manmade. I think they are wrong. It’s a very big mistake to view as fiction what Jesus saw as fact. When we take the entire Bible seriously we learn unchanging truths. This includes learning God’s orderly ways to improve our money management skills for his glory and our good. Sometimes progress is visible, other times progress is not visible.