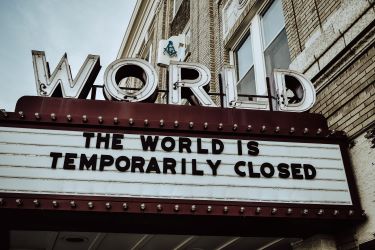 Over the past 50 years Western governments have run large budget deficits, creating massive, accumulated debt. Now, in the past two years during Covid, governments ratcheted up their spending to prop up markets and “replace” the money lost through the reckless shuttering of so many small businesses. Recently you might have heard the term “global financial reset” and are wondering what it is. Given the unsustainable levels of debt, there is no question that we are approaching a point where drastic and far-reaching decisions must be made to get us off the current path to destruction. What these decisions will be are very much debated, but what is not debatable is that the future will be increasingly uncertain. We need to be prepared. While none of us know the details, I believe the global financial reset will include a guaranteed annual income, major declines in the value of currencies (massive money printing), and perhaps a global digital currency (referred to as SDRs or Special Drawing Rights on the International Monetary Fund). It may also include a minimum global tax rate, so different countries can’t compete for investment capital. Most likely, this will all be implemented after a major market collapse, a global monetary crisis, or a personal security meltdown. The global financial system is in a precarious, perilous situation. How can you safeguard your wealth?

The government will want your wealth. How will they get it? I believe it will be with a combination of higher taxes, increased user fees, and higher inflation levels—each policy designed to get your money, or at least its purchasing power. The recent Financial Post article on October 20th written by Kevin Carmichael, “Inflation at almost two-decade high complicates Bank of Canada rate plan,” reports of 4.4% inflation, making front page news. Expect inflation to continue higher due to the monetary debasement we are seeing all around the world. Again, I am unsure on the exact mechanisms for the government grab, but I believe the overall strategy will be to guarantee personal income and security in exchange for taking over more of the economy and reducing private ownership. How can we get ready? I suggest that there are two realms where we can store wealth—the visible and the invisible.

Non-financial asset preparation includes collecting survival supplies such as food, water, and power. Many companies provide pre-packaged freeze-dried meal packages. Having a storehouse of essentials for living was ordinary practice in the past, because each year our forefathers had to preserve food to survive winter. We have lost this skill. I think prepping is reasonable, practical, and certainly boring. The supply of long-term food kits is big business for many companies such as Legacy Food Storage. But who wants to eat old food, other than those who have no food? What else can we do?

Financial preparation is cleaner. It includes debt elimination, establishment of an emergency fund, obtaining silver or gold to stockpile value, and finding high-quality, publicly-traded investments. When it comes to investing in dividend paying mutual funds, pick businesses that can re-price their goods and services to keep up with inflation. Yet even blue-chip investments cannot insulate you from the weak and failing global financial system.

Beyond visible investments of food and money, is there a better way to be a prepper? How can we keep our wealth both safe and fresh?

Investing is always risky. You don’t know with one-hundred percent certainty how the investment will perform. Even in the case of a Guaranteed Investment Certificate (GIC) you may know the dollar amount at maturity, but you don’t know its purchasing power. All investments require faith in the underlying economic engine. This is especially true when you are lending money rather than giving it away, since by lending it, you want to retain ownership.

Now, imagine being able to lend some of your money to someone who is (1) infinitely rich, (2) reliable, (3) knows all the details of your life, and (4) wants the very best for you at all times. The conditions of the loan are this: (1) you don’t know when you will be repaid, and (2) you don’t know how you will be repaid. But you can be sure that you will be repaid in perpetuity! You can also be sure that the investment is (1) not taxable, (2) not at risk of a market collapse, and (3) can never be diminished by fees or thievery. Think of it as shifting some of your wealth into a different dimension. No, not cryptocurrency. Think Kingdom Credits. Still interested?

The creditor is God Almighty. Surprisingly the place to invest is the exact opposite of a billion-dollar corporation. The Bible makes an amazing promise on a counter-intuitive investment strategy to keep your money safe in a time of financial danger. I have emphasized the promise of payback.

“Those who are generous to the poor, lend to the LORD and He will repay their good deed,” Proverbs 19:17.

This promise is thousands of years old and not well known today. This investment is described as a loan, like a bond—a government bond backed by the biggest and best government in existence. It was originally written in ancient Hebrew, and to make sure I got it right I compared over 30 translations. The words vary, but the message is consistent and clear: Be kind to the poor.

Who is “poor?” In Hebrew, the word “dahl” is translated as poor or poor man. When first used in the Bible dahl does not refer to persons, but to famished cows as we see in Genesis 41:17-21:

“So Pharaoh spoke to Joseph, “In my dream, behold, I was standing on the bank of the Nile; and behold, seven cows, fat and sleek came up out of the Nile, and they grazed in the marsh grass. “Lo, seven other cows came up after them, poor (Hebrew dahl) and very ugly and gaunt, such as I had never seen for ugliness in all the land of Egypt; and the lean and ugly cows ate up the first seven fat cows. “Yet when they had devoured them, it could not be detected that they had devoured them, for they were just as ugly as before. Then I awoke,” Genesis 41:17-21.

The Hebrew word dahl (Strong #1800) describes those who are thin and weak from malnutrition. Why they are malnourished, we don’t know, but they obviously lacked food for a long time. On the edge of starvation, they need food. Now.

The Bible promises that charity with a payback comes when we help others in serious poverty. No payback benefit is promised for giving to a generic social or environmental cause. It is very important to be laser-focused in our charitable giving since the Bible warns that “giving to the rich certainly leads to poverty,” Proverbs 22:16. In other words, misguided charity hurts the giver. The payback for generosity comes only to those who give wisely. Give to those who really need it and beware of the pseudo-poor and the professional beggars.

Many Bible references make the same point. By helping those in deep poverty, the givers also help themselves. Let’s look at three references with some commentary and seven more with the payback promise emphasized. It is an unusual, but ultra-safe, method of asset allocation. Think of it as enlightened self-interest, to preserve our own prosperity in a time of government overtake.

Should we use God’s goodness like a vending machine? Often, we are more interested in God’s presents than in His presence. We love the Master’s table more than the Master. How does that make Him feel? How would we feel if people wanted us only for our money? Why do we act like this?

I think the reason is simple, but disturbing. Jesus said, “God’s light came into the world, but people loved the darkness more than the light, for their actions were evil. All who do evil hate the light and refuse to go near it for fear their sins will be exposed. But those who do what is right come to the light so others can see that they are doing what God wants.” (John 3:19-21 NLT)

Is it wrong to give to the poor just to preserve our own wealth? Is it wrong to do the right thing for the wrong motive? It’s not ideal, but it is a step in the right direction. Speaking for myself, often I must force myself to do the right thing not because I feel like doing it, but just because I know in my mind it’s the right thing to do. If I let my feelings drive my actions my life would be even more of a mess. I am learning that feelings are good passengers, but dangerous drivers. My decisions, even financial ones, are best when guided by God’s word and His Spirit.

I like the words of martyred missionary Jim Elliot, “He is no fool who gives what he cannot keep, to gain what he cannot lose.” Was he greedy or selfish for trying to preserve his wealth? No, I think he was taking a super-long-term view on existence. Self-interest is not always evil.

Consider this ancient and orthodox way to preserve your wealth in preparation for a global financial reset. How much will you remove from the world’s unstable banking system and put into God’s permanent banking system? You pick: $1,000, $10,000, or $100,000+. Remember that all investing requires risk and faith. Jesus wants us to have zero worry about our long-term prosperity (see Matthew 6:19-21). Be a wise, well-diversified prepper. Get ready for difficult times ahead.