Should income tax rates be flat or progressive? (17:26)

It is not good to fine the righteous, nor to strike the noble for their uprightness. 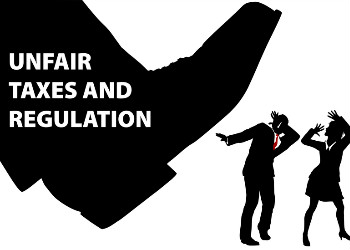 It’s not wrong to be rich.

Misguided governments tax the rich unfairly. A progressive tax system where higher earners pay a higher percentage in income tax hurts those who earn more. Consider the words of Abraham Lincoln, one of the greatest presidents of the United States: “You don’t make the weak stronger by making the strong weaker.”

This text warns us against taxation that attempts to force  economic equality on everyone. 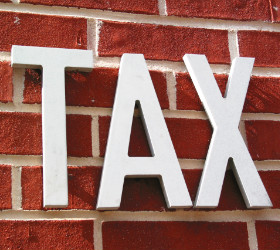 Note the inherent assumptions in the text:

A progressive tax system penalizes those who earn more. The taxation standards are inconsistent. Most, but not all jurisdictions in the Western world use progressive tax rates. In contrast, the province of Alberta, Canada, used a flat 10% from 1999 to 2015. The flat-tax system does not de-motivate high income earners. It was was introduced to Alberta in the 1990s largely through the leadership of the then Minister of Finance, Mr. Stockwell Day, in an attempt to make income taxes simpler and non-discriminatory. It has helped to draw commerce into Alberta and make it the most prosperous province in Canada. Of course natural resource revenues from Alberta's oil and gas production helped with cash inflow, but Alberta's flat-rate simple taxes fanned the entrepreneurial spirit. It's simple. Everyone wants to keep most of their income!

If the righteous in a society are financially penalized simply because they have financial resources, then according to the text, the result is not good. Why?

If the righteous are misusing their wealth, then they are no longer righteous, and should be punished. But merely taking from the rich, even if when giving to the poor (a basic principle in socialism), is not good. Perhaps this is why productivity is usually very low under a socialist economic system.

Recently in North America, the corporate giants of Burger King and Tim Hortons struck a partnership. In an effort to avoid high U.S. corporate taxes, the burger chain plans to move their global headquarters to somewhere in Canada. For Tim Hortons, the partnership would allow the coffee and doughnut chain to expand outside of Canada. The point is simple: Money likes to move where it is treated best and that usually includes, taxed least. The Hebrew word for fine, ענש ('ā•năš, pronounced “ah-nash”), is used eight times in the Bible, four times inside Proverbs, and four times outside Proverbs. When used outside Proverbs it always refers to a financial penalty. 'ā•năš is first used in Exodus 21:22 as a monetary fine assessed for a criminal act. According to the Theological Wordbook of the Old Testament (TWOT), 'ā•năš is a “term of legal redress, to punish by pecuniary penalty (a monetary fine).” The ESV and NASB correctly translate this word as “fine.” That the KJV misses this subtle, but important, distinction is unfortunate. In addition to this, the KJV misses another nuance.

The Hebrew word for noble, נדיב (nā•ḏîḇ, pronounced “nah-deev”), is used thirty times in the Bible, and refers both to those in authority (rank of prince or lord) as well as those of respectability (good, benevolent citizens). Which sense fits this passage? We find the answer in the root meaning of the word and in its first use. The word is first used twice in Exodus 35:5, 22 to describe those Israelites who had an attitude of liberality and generosity in giving to the work of the LORD. nā•ḏîḇ is derived from “nadab,” which stems from a root meaning “an uncompelled and free movement of the will unto divine service or sacrifice” according to the Theological Wordbook of the Old Testament. Therefore “nobles” is a better translation than “princes.” Most modern English versions render the word as “noble” (in character rather than in rank) as also noted in the Barnes Commentary.

Note that the second part of the text has two inserted words, “nor” and “their,” in the NASB translation not found in the Hebrew. Young’s Literal Translation (1898) is tighter: “Also to fine the righteous is not good, to smite nobles for uprightness.”

If the word “nor” is not inserted into the text, the text still flows logically, and the expression “to strike the noble” highlights the harm caused through the unjust fine imposed upon the righteous. In other words, fining those who are good, who have behaved well, is like causing them physical pain. Why do it?

Indiscriminate Treatment of the Rich

Why would someone penalize good citizens? It makes no sense. Some people get rich through hard, consistent, prudent WORK. Others are wealthy through dishonesty and greed. A mere Robin Hood attitude of taking from the rich and giving to the poor is foolish.

Here is a video from Prager University describing how a progressive tax system works. 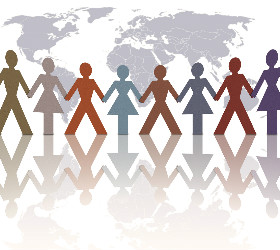 Mr. Bev Dahlby, a distinguished fellow at the University of Calgary School of Public Policy as reported in the National Post on September 2, 2013, found that income inequality isn't necessarily the grand evil it’s made out to be, especially in the wealthy, developed world. “In developing countries, low-income inequality does hurt growth because if you have more inequality, at the lower end of the distribution people can't afford to invest in themselves and their childern so they can't acquire the skills that would allow them to earn more,” he said. But the situation is reversed in OECD countries such as Canada. “There is no statistical evidence that inequality affects rates of economic growth [in the wealthier countries].” Mr. Dahlby said. In other words, it’s good to ensure that everyone has access to food, clothing and basic shelter, but beyond the essentials, let individuals exercise and express personal freedom; let them enjoy the fruit of their own labour be it little or much.

Sadly, this is one of the main errors in Marxism—blurring justice and economics. A fine, or a financial penalty, should be imposed solely because of a crime or a wrong committed, not because of someone’s ability to pay. Often fines are assessed, or at least influenced, by the wealth of the one committing the wrong rather than being based exclusively on the seriousness of the crime itself. This perversion of justice penalizes good people. Furthermore, if “good citizens” (The Message) are fined then the very people who would be inclined to be generous and willing to share, will have less to share. That again makes no sense.

Mixing the possession of wealth and the administration of justice is both wrong and dangerous. This common human error has been a problem for millennia. The persecution process often begins with confiscating personal property (see the first part of the text) and then develops to physical abuse (see the second part of the text). Financial persecution often precedes physical persecution. That’s how the devil handled Job, (Job 1:6-12, 2:1-6) first attacking his wealth then his health.

Jesus changes hearts from the inside out, so the rich will want  to be generous and do the right  thing. A transforming encounter with Jesus brings good internal government which is much better than forced external government. It's better for the individual, the parties involved and for society overall. Consider the account of Zaccheus. He was as a rich and dishonest tax-collector but voluntarily gave to the poor half his possession and then also voluntarily restored the fortunes of those he had defrauded (Luke 19:3-8).

Internally motivated change to do good is much better than external coercion.