Put your trust in God - not gold 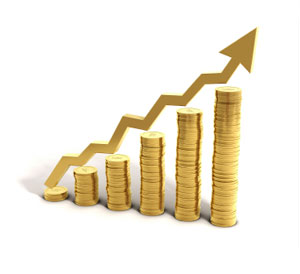 In a nutshell, the financial confidence in the US dollar fell through the floor. Across the globe, but especially in the US, paper currency was being printed like monopoly money in an attempt to stimulate (aka quantitative easing, a banking euphemism) the economy which suffered its worst crash since the Great Depression of the 1930’s.

By all counts the American economy remains weak and the printing of money continues. Given this trend with arguably no end in sight, why not jump onto the gold band wagon? Careful. Trust God, not gold.

Gold is stupid. It can’t think. Gold is lifeless. It can’t move. Gold is lazy. It builds nothing. It pays no interest or dividends. Furthermore, gold is a boring companion. It can’t listen or speak. Why trust it? Many do! For thousands of years most people thought the earth was flat. Many and even most can be dead wrong. When it comes to God versus gold, remember this: God made gold and in God’s city gold becomes asphalt.

It’s interesting to see where God and gold overlap when it comes to national currencies. Historically many countries based their currencies on gold, usually using gold itself as the tool for long term savings while silver was currency for everyday commerce. America was different. Here’s what I noticed about America.

After I finished my business degree at York University, I toured Europe and North Africa for over three months. Europe in 1978 was cheap, ideal for a poor student. I visited 13 countries and had a great time seeing the sites, appreciating history, tasting fantastic foods (calamari failed), meeting many new people and learning foreign languages. Magnificent memories! One of my habits was to keep at least one coin from every country I visited.

When I returned to Toronto before I started my work with a large oil company, I noticed something unique to American coins. They were the only ones with the inscription "In God We Trust." Amazing. America was also the most prosperous of all the nations I visited. Once America was a Godfearing country where the Bible was read and respected. Now Bible reading and prayer are banned from schools and public places. In the 20th century America was aglobal power on its way to becoming the superpower. Honestly, I was impressed with the benefits of having Christian faith to guide a nation. I admired America’s wealth stemming from its confidence in God. But by the 1970’s America’s faith in God and financial strength were eroding. The faith went first.

Let’s go back a little further back in history. In July 1944, while WW2 was still raging, 730 delegates from all 44 Allied nations met in Bretton Woods, New Hampshire. They set up a system of rules, institutions and procedures to regulate the international monetary system pegging the value of gold at $35 US per ounce. In 1968 the fixed price of $35 US ounce was abandoned. Then in 1971 the United States unilaterally terminated the convertibility of the US dollar into gold and the US dollar became fully a fiat currency backed by nothing but the promise of the federal government. The US had gone on record financially as trusting in God but by the 1970’s America trusted neither God nor gold.

In October 2008 President Obama stated publicly that the US is not a Christian nation. Should the inscription say In God We Trusted – past tense? Should it be dropped entirely? Or should the US return to the gold standard? How about inserting a skinny "L" so that it reads In Gold We Trust? No way. First of all the US does not have nearly enough gold, even in Fort Knox, to cover its paper currency. It used to be counterfeit to print money if there was no economic strength behind that paper.

No, America’s original idea was and is correct. Trust God not gold. Misplaced or idle trust will ruin a person, an organization, and even the greatest country in the world. America got into this problem with a series of foolish financial polices and can get out of this mess the same way – but in reverse: namely reinstate Biblical truths into the culture. How? I suggest a good first step is to reintroduce Bible reading and the Lord’s prayer in schools. No commentary – just read The Book. Let its Author do the speaking. It is important to return to America’s Christian heritage.

As a Canadian, I am glad we have a Prime Minister who ends his speeches with the words, "God bless Canada." God’s blessing is better, much better, than gold’s blessing. Ultimately, God always trumps gold. However sometimes God allows gold to shine, temporarily, perhaps as a tiny foretaste of heaven. Let me repeat what I wrote in October 2003: Use it but don’t trust it. Trust God not gold.

Tags:
God gold trust America
The Cost of Something for Nothing