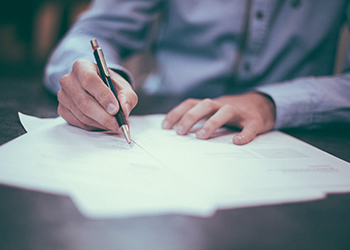 My wife was right again. The next step to the ABC's of financial prosperity is D. See my previous blog: How to Regain Economic Stability.

Furthermore, Jason Kenny, Premier of Alberta got it right too. At the height of the COVID-19 pandemic, Kenny made a brilliant economic decision: He gave money to the poor! He donated (D—again see the previous blog) the equivalent of $41.2 million in health care equipment to three provinces which are struggling the most with COVID-19: BC, Ontario, and Quebec. In his article to the National Post of April 14, “In striking act of generosity, Alberta donates protective gear worth $41 million to three provinces," Alberta delivers in the clutch,” reporter Don Braid, writes “Kenney just showed the country that federal intervention isn't necessary. This is both humane and very, very smart.” Why is it “very, very smart?”

Kenney is acting in harmony with the timeless Biblical financial advice. “He who gives to the poor will never want,” and “If your enemy is hungry, feed him.” Of course, provinces like BC and Quebec have acted like enemies of Alberta resources, but that is secondary. They are hungry for medical supplies and Alberta has an abundance.

So, there you have it. By donating to the poor, or those in need, you help not only them, but also yourself. If Kenny continues to show financial wisdom then Alberta will get financially stronger. And my wife will be right again, just like Superwoman as described in Proverbs 31.