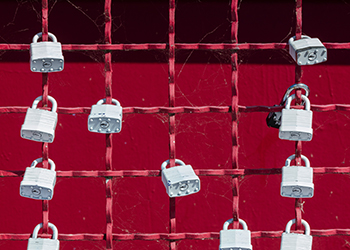 In the Sermon on the Mount, Jesus said, “Store up for yourselves treasures in heaven, where neither moth nor rust destroy, and where thieves do not break in and steal,” Matthew 6:20. This investment strategy is repeated as Jesus said, “Provide purses for yourselves that will not wear out, a treasure in heaven that will never fail, where no thief comes near, and no moth destroys,” Luke 12:33. His advice is not given for God’s benefit, but for the benefit of the investor. Jesus tells his followers to keep their treasures super safe.

American Christian author Randy Alcorn suggests that the expression in Luke 12:33 “purses for yourselves that will not wear out” does not refer to just the container (i.e. a “purse” or a “money belt” as some translations render the Greek word), but to the treasure itself. Alcorn speculates that the heavenly treasure itself is inexhaustible; it “will never fail”; neither the cash nor the wallet itself can be used up. Alcorn writes:

Jesus adds another insight in Luke 12 that is not present in Matthew 6. Not only is heavenly treasure not subject to thieves and moths, not only will the heavenly money belt not wear out, but there is a ‘treasure in heaven that will not be exhausted.’ This refinement is significant because it says not simply that these heavenly treasures are safe and indestructible, as Matthew 6 suggests, but that they are also inexhaustible. That is, they can be used in heaven without ever being used up. In other words, a boy who gives a little girl a drink of water out of kindness on earth will receive for this a reward that can be enjoyed without being consumed. On earth, his mother might see his good deed and bake him a cake, which he would gratefully eat. But then it would be gone. But in heaven we can enjoy and use our rewards, our heavenly treasures—whatever they may be—without ever exhausting them.

As I write these words in late 2018, it has been almost a decade since the world financial markets have experienced a major downturn, that is, a Bear market. The last major stock market downturn took place in 2008-2009 and was the worst Bear market since 1929. Jesus is describing safe investments—untied to business cycles on the earth. Thus, if you want to hide from the financial storms on earth, learn to use God’s banking and investment system. This is portfolio asset allocation at its finest.