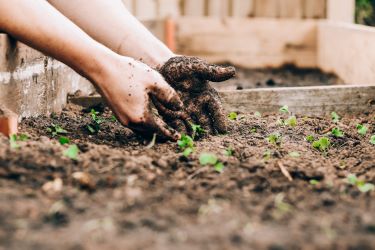 November is financial literacy month in Canada. I suspect we will hear much about the stock market, inflation, taxes, interest rates, and retirement woes but little, if any, about productivity. Personal productivity is the neglected essential to financial success. It’s a human trait to look outside for solutions while often the answer is in our own behaviour. When we work smarter and harder, our financial conditions improve.

The greatest teacher of all time was also the hardest worker of all time. In three short years, His work caused the global calendar to reset. When? About two thousand and twenty-two years ago. Why? Simply put, “God was in Christ, reconciling the world [emphasis added] to himself.”1 Jesus being both God and man had infinite capacity and ability. What can we learn from God about personal productivity?

Productivity requires disciplined effort. When it comes to money, easy come and easy go. The opposite is also true. The one who gathers wealth by labour increases it.

In other words, if you want financial freedom, be prepared to work for it. In all labour there is profit, but mere talk leads only to poverty.2 Talk is cheap. Labour is costly

The Hebrew word for labour (עצב) does not indicate mere motion. It’s used seven times in the Scriptures, most frequently translated as sorrow, meaning grievous, painful toil, physical or mental. It means hard work! It’s first used to describe the pain and labour of childbirth after the great rebellion.3 Having seen my wife give birth to each of our ten children, I know that labour means waves of agonizing work.

Too often, we have confused activity with productivity. Government job creation is easy compared to productivity improvement. Improving productivity is difficult. Motivational books are of some benefit but not enough. We need profitable production, not just busywork.

When it comes to productivity, you may have heard that the Bible advises, “Whatever your hand finds to do, do it with all your might.”4 For years, I thought this meant put more force into my work, and then I read further, “For in the realm of the dead, where you are going, there is neither working nor planning nor knowledge nor wisdom.”5

Note the three words planning, knowledge, and wisdom describe mental work not physical work. Before God did anything or said anything, the Spirit of God was active.6 He is “the spirit of wisdom and understanding, the spirit of counsel and strength, the spirit of knowledge and the fear of the LORD.”7 God is the source of quintessential and omnipotent craftsmanship.

God does not use random, undirected processes that somehow blindly stumbled to success after eons of trial and error. Such reasoning defies logic, scientific evidence, and real-life experience.

Many years ago, Priscilla and I visited East (Communist) Germany. Each day, we had to spend $50 USD at a government approved tourist store as the economically weak country craved U.S. currency. In one of the stores about the size of a 7/11 outlet, we found a display of keyholders—small, metallic, easy to transport. As I reached to take one, I heard “Halt” from the lady at the end of the aisle. She came and asked me if I wanted to buy one, to which I replied “yes.” She then began to hand me, one at a time, keyholders for my inspection. Wow! I noticed in the store with four aisles, there was a lady at each end—a clerk for each aisle. Communist Germany boasted zero unemployment. Then I understood. Full employment, yes, but abysmal productivity. Socialism creates many jobs of low significance while failing to incentivize genuine productivity.

If I was the education minister of a province, I would make it mandatory for all grade 12 or first year university students to study this book by Vishal Mangdalwadi. The following quote shows how the Bible encourages true productivity:

"The anti-technological impulses in Zen [Buddhism] … lead to the realization that the Judeo-Christian view of reality and destiny produce and nurtured technology in four ways: First, the Bible emphasized intelligent craftsmanship in the world's design. Second, the Bible suggested that human beings participate in divine workmanship by being good artisans themselves. Third, the Bible taught that we follow divine example when we use the physical universe for righteous end. And fourth, the Bible challenged the West to use time wisely, because each moment is a valuable, one-time opportunity."8

Anti-technological thinking also dominates Darwinian evolution. Notice how we have developed sloppy thinking and replaced the word “developed” with the word “evolved.” Development requires deliberate incremental intelligent improvement. Evolution does not include intelligence. Carts did not evolve into cars; they were engineered. Mindless processes can never produce intricate machinery.

J. Watson, the founder of the 20th century corporate giant IBM, took as his company motto the word “THINK.”

Financial success depends on a keenly engaged mind which makes the effort to track cash flows and serve others in a “win-win” fashion.

Thoughtful service to others is the first battle front in our struggle for financial freedom. It is extremely important to do something which meets the true needs or wishes of another party, serving them with a genuine benefit (goods/services) rather than just being “busy.”

Here’s how to apply this lesson to our financial world in three simple (not easy) steps.

At the risk of offending the Nike crowd, don’t just do it – think first.

The journey of a thousand miles does not begin with the first step but with a good map.